Blind Husbands is a 1919 movie directed by Erich von Stroheim. It was the directorial debut of actor Stroheim, in which he also took on one of the leading roles. Von Stroheim delivers everything that later made him legendary as the 'man you love to hate'. Surgeon Dr. Robert Amstrong is on vacation in Cortina d'Ampezzo with his wife. The Austrian officer Erich von Steuben is also staying at the same hotel as the American couple. As Armstrong neglects his wife, von Steuben soon tries to seduce her. However, the hot-blooded lieutenant has other love affairs besides the doctor's wife.

The following weapons were used in the film Blind Husbands: 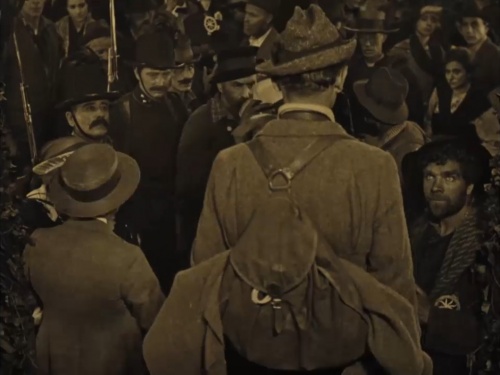 Two police officers on the left standing among the villagers. 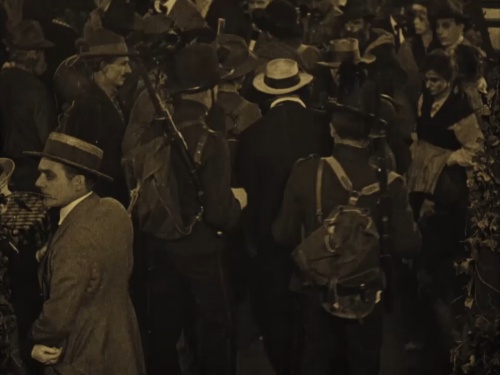 A different view of their rifles with fixed bayonets. 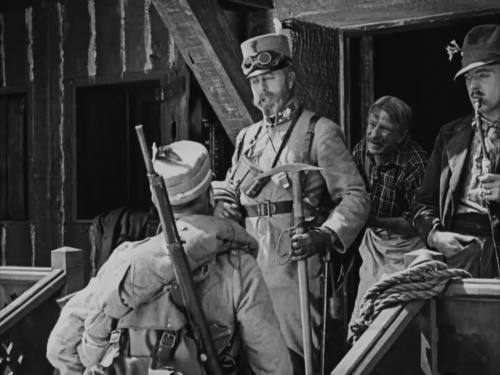 One soldier reports to his officer which officers a detailed view of his carbine. 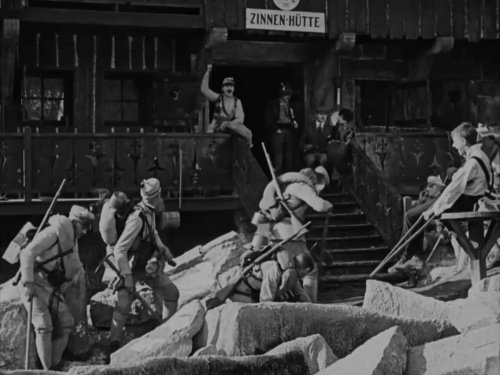 The squad of soldiers gets ready for the ascent.
Retrieved from "https://www.imfdb.org/index.php?title=Blind_Husbands&oldid=1468024"
Categories: