Blackbeard is an adventure – drama based on a story about the pirate Blackbeard, directed by Kevin Connor in 2006. The 18th century notorious pirate captain Edward "Blackbeard" Teach (Angus Macfadyen) wreaks havoc on the high-seas looking for Captain Kidd's treasure. His dark presence causes controversy in the local port town of New Providence, especially among governor Charles Eden (Richard Chamberlain) and his adopted daughter Charlotte Ormand (Jessica Chastain), who is being wooed by Lt. Robert Maynard (Mark Umbers).

The following weapons were used in the TV film Blackbeard:

The pirates and also british mariners in the film use Flintlock Pistols. 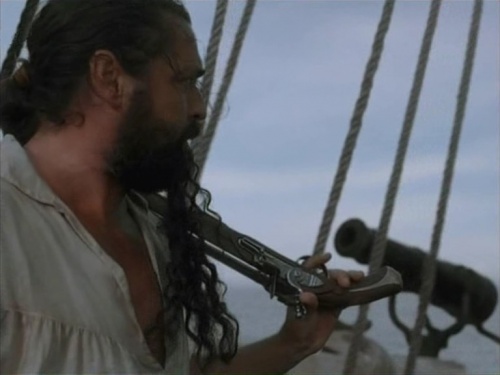 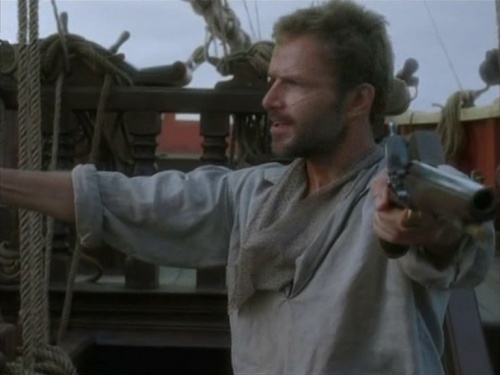 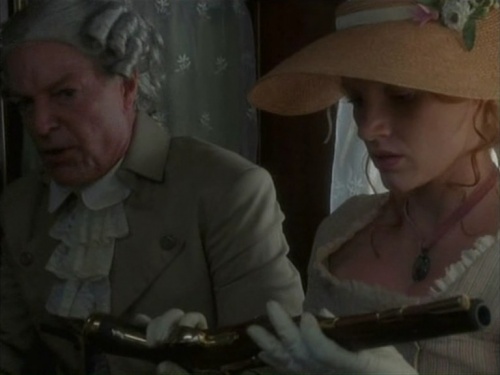 The governor Charles Eden (Richard Chamberlain) wears a pistol whenever in his carriage. 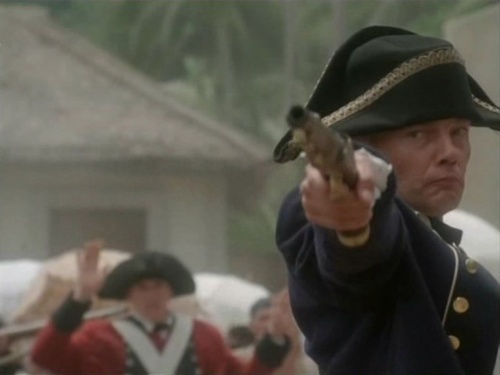 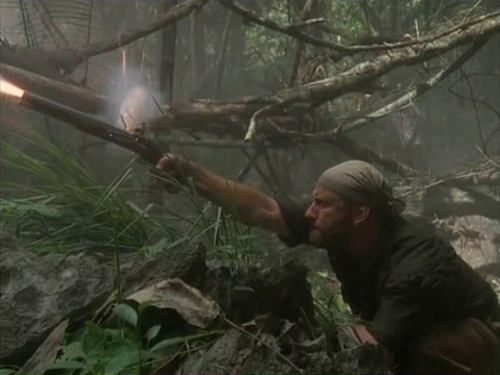 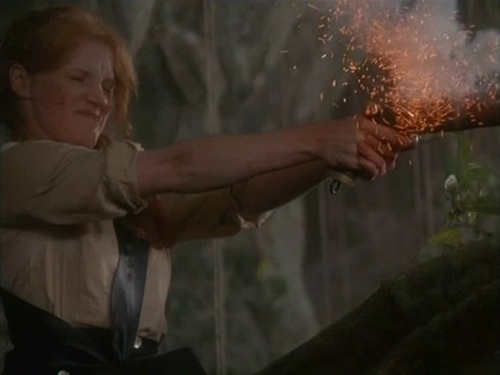 Charlotte Ormand (Jessica Chastain) shoots a pirate with her pistol. 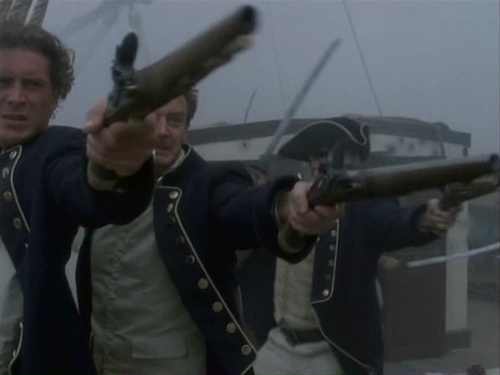 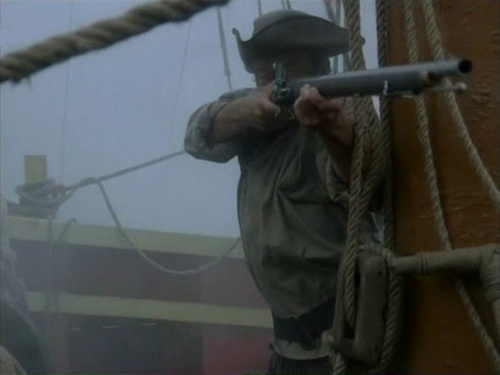 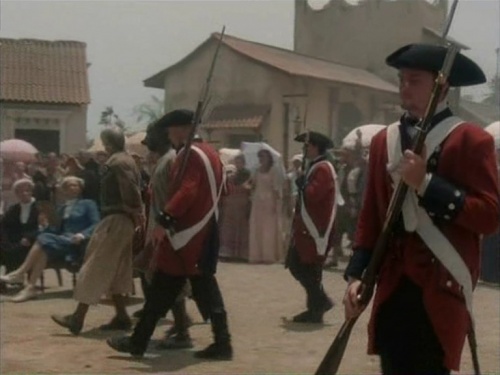 Soldiers armed with muskets lead condemned men to the gallows. 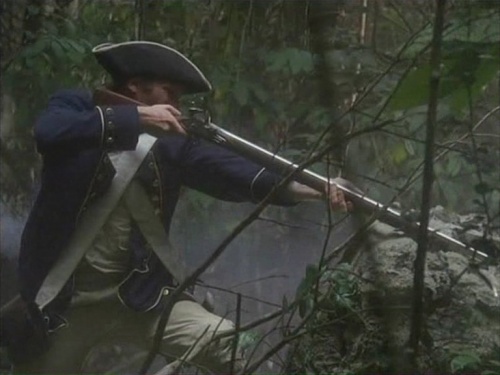 An English sailor fires a musket at the pirates.

Charlotte (Jessica Chastain) prepares to welcome some pirates with a Blunderbuss. 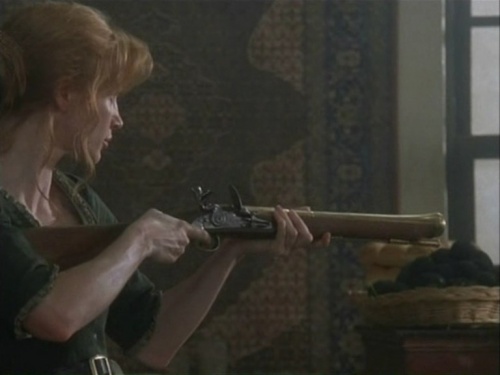 Charlotte (Jessica Chastain) prepares to "welcome" pirates with a Blunderbuss in her hands. 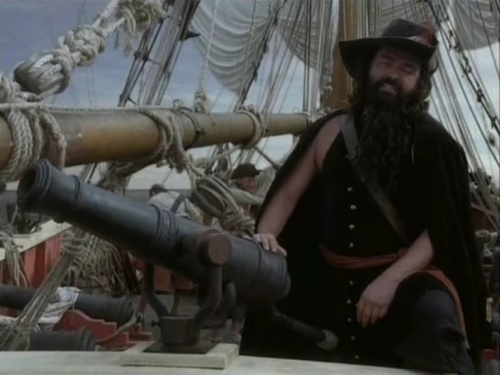 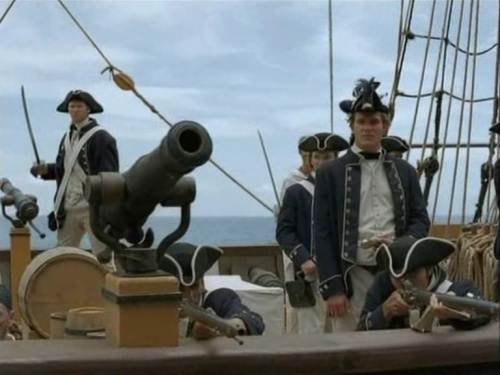 The pirate ship was equipped with powerful naval cannons. 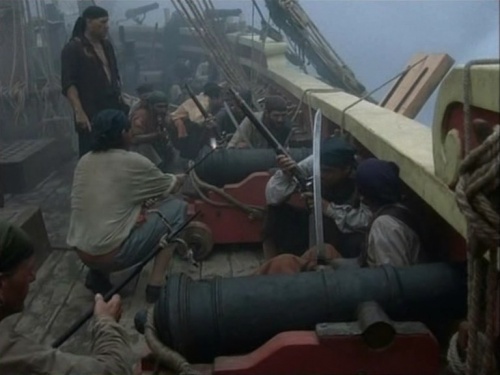 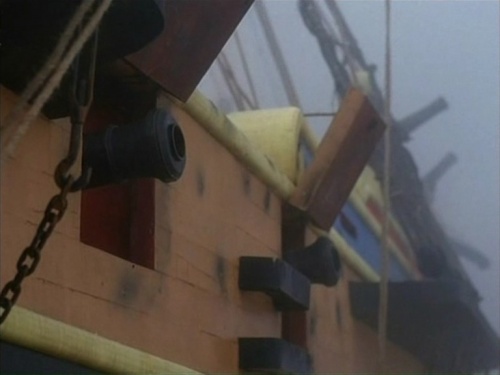