Arcadia of My Youth 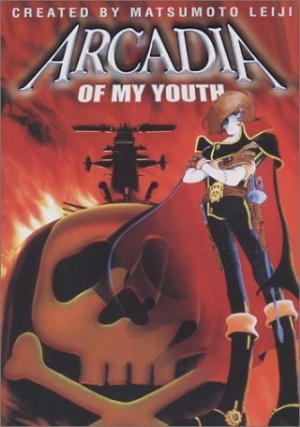 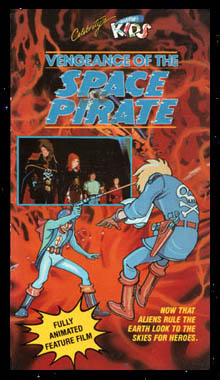 Arcadia of My Youth is the second anime entry into the Space Pirate Captain Harlock franchise and is the only (yet released) theatrical film in the franchise. The film establishes the back-story of the primary cast, and resulted in a directly-related spin-off television series, Arcadia of My Youth - Endless Orbit SSX. The film was first released in English by Just For Kids Video as Vengeance of the Space Pirate. While Vengeance was the first Harlock release in the United States to keep most of the original work's plot and character names, it cut nearly 30 minutes of footage that Just For Kids felt was too violent for their intended demographic. The film was later released in an uncut, subtitle-only format by AnimEigo.

During the WWII segments, a number of German 8.8cm FlaK anti-aircraft cannons are seen being fired during the Allies' advancement into France.

The FlaK 36 (one member of the Krupp family's series of 8.8cm AA guns) fired a high-velocity 8.8cm shell. The 8.8cm FlaK guns were somewhat unique among WWII anti-aircraft weapons; they were capable of lowering their line of fire well below that of previous AA guns, meaning that when loaded with anti-armor shells, the 8.8cm could (and often did) double as a tank killer. The 8.8cm also had a much faster firing rate than many other comparable models due to a "semi-automatic" system which used the recoil from firing to cycle a cam that would both eject the spent casing as well as cock the weapon in anticipation of a new shell, giving the 8.8cm an approximate cycle rate of 20 rounds per minute. 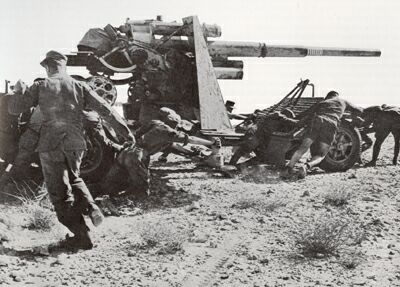 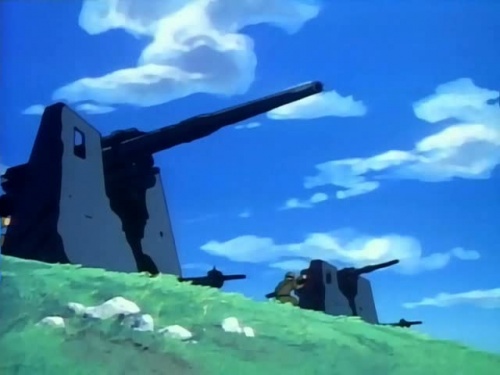 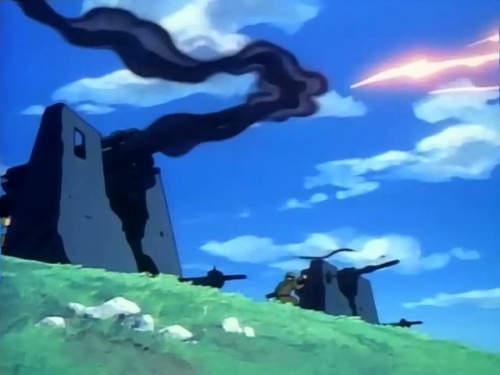 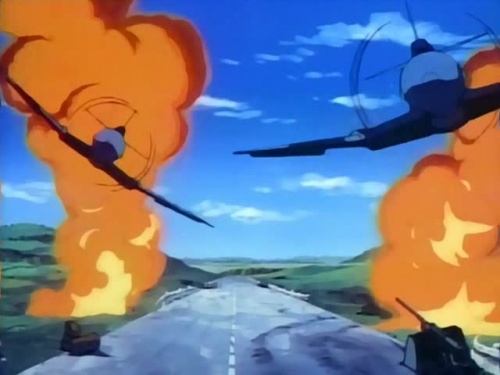 The Cosmo Percussion M78, a fictitious laser pistol commonly seen in the Harlock franchise, makes an appearance when Tochiro reveals that he has managed to obtain two of the weapons despite the Illumidus Empire's restriction against human civilians owning weapons. This is the earliest version of the M78, as later models would be based primarily off of the Nambu Type 14 pistol. 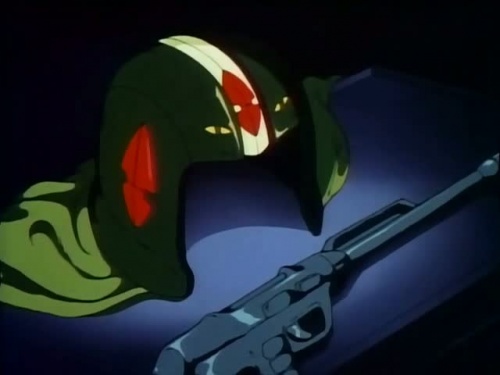 One of Tochiro's "acquired" M78 pistols.

Several other fictional laser weapons are seen in the film. Unlike the M78, none of these possess an official designation, despite many of them being commonly seen in other Harlock series. 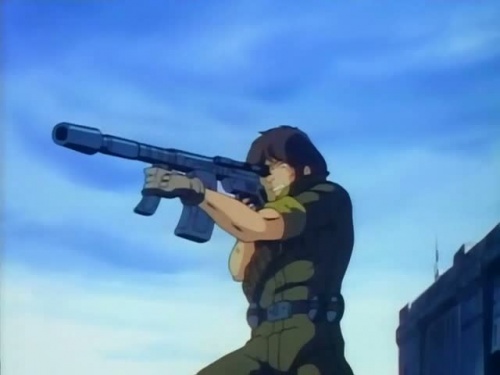 A human resistance fighter with an anti-armor laser cannon. 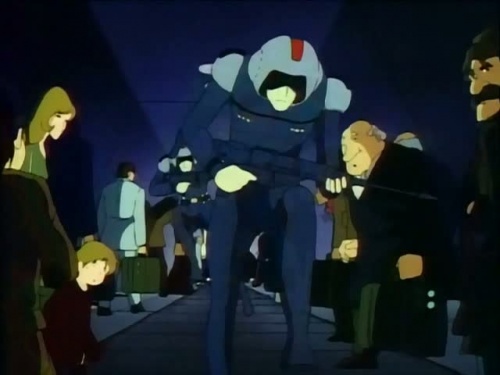 A squad of Illumidus soldiers armed with laser rifles. Despite not having an official name, this laser rifle made frequent appearances in the 1978 television series as well as the Galaxy Express 999 series and movies. 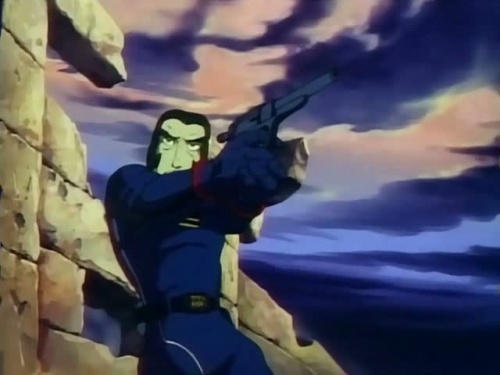 Illumidas officer Muriguson aims a laser pistol at Emeraldas. This design occasionally popped up as the sidearm of officers from various factions until Endless Odyssey, which replaced it with the Type 94 pistol.

Emeraldas' primary weapon is an laser rifle known as the Gravity Sabre, which doubles as both a stockless laser rifle and a sword. Despite its name, the Gravity Sabre's size and cup hilt cause it to bear a closer resemblance to an 18th century Italian rapier than to a sabre. Harlock acquires his iconic Gravity Sabre near the end of the film. 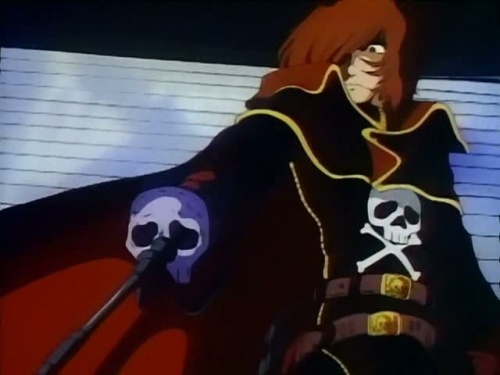 Harlock with his Gravity Sabre. 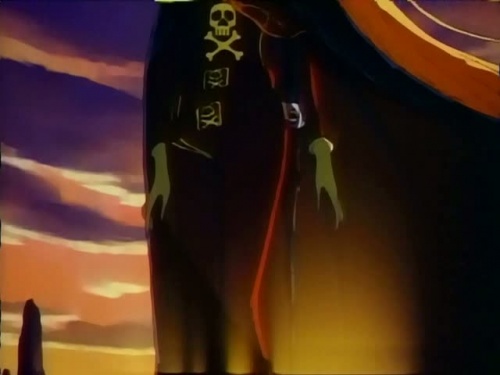 A shot of Emeraldas' Gravity Sabre. 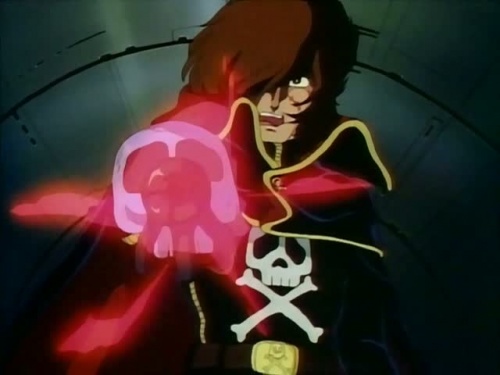 Federation Officer: "But that isn't-" Harlock:"...Isn't by the rules, right? Exactly! That's the way a pirate fights!"

One key element to the film is a Revi C/12D gunsight owned by Phantom F. Harlock II (Harlock's ancestor). The Revi C/12D was an actual gyroscopic precision sight used by Axis fighter planes during World War II. In the film, Phantom F. Harlock II uses it in conjunction with the primary armaments of his Messerschmitt Bf 109 fighter plane, a pair of MG17 machine guns. The Mf 109 was also armed with a Mauser MG 151.20 20mm cannon, although they were prone to overheating and were rarely used. Leiji Matsumoto (creator of the Harlock franchise) himself owns a vintage working Revi C12/D gunsight, which he lent to the animators as a reference during production. 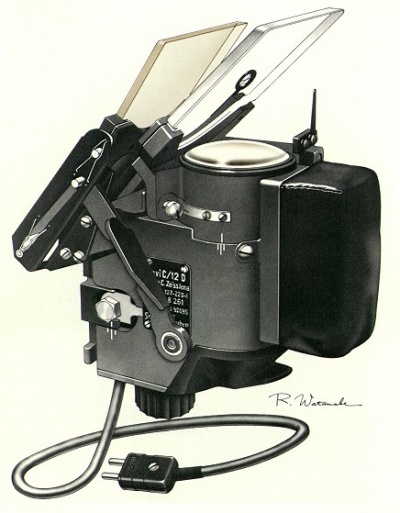 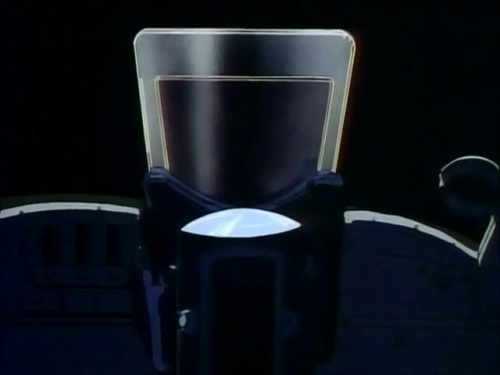 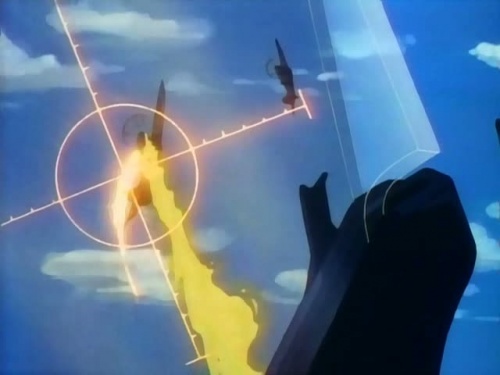 Phantom F. Harlock II fires both of his plane's MG 17 machine guns at a British Supermarine Spitfire while tracking it with the Revi C12/D. 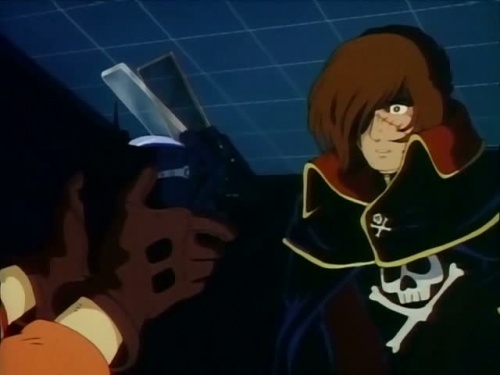 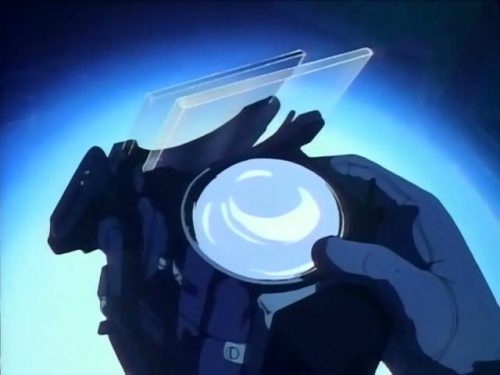