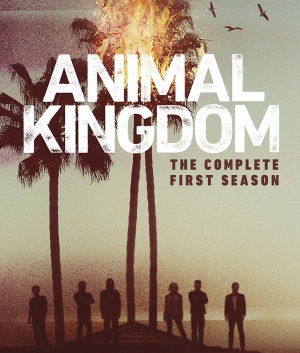 Animal Kingdom is a television crime drama that revolves around Joshua "J" Cody (Finn Cole), a 17 year old living in Oceanside, California, who finds himself having to move in with his grandmother 'Smurf' (Ellen Barkin) and her sons when his mother dies after overdosing on heroin. He then discovers the criminal enterprise his relatives are involved in and is caught in the middle when tensions between the family and the police explode. Animal Kingdom was adapted from the 2010 Australian film of the same name and is being executive produced by the film's writer/director David Michôd and John Wells, the EP of such series as The West Wing and Southland. The series premiered in the US on TNT in 2016.

The following lists the seasons of the series Animal Kingdom: